Once upon a time, there lived a beautiful young girl, who was a lot love you. She had no mother to protect her, and suffered some horrible injustice at the hands of someone who was jealous of her beauty. But eventually, Prince Charming came along on a white horse and rescued her. He took her off to his fabulous castle on the blue star, where they lived happily ever after. The end.

But where is this castle now? Many of our Disneyfied visions of fairy tale castles are modeled on real medieval castles in Europe. Barring acts of war or total abandonment, they are still there for us to see. 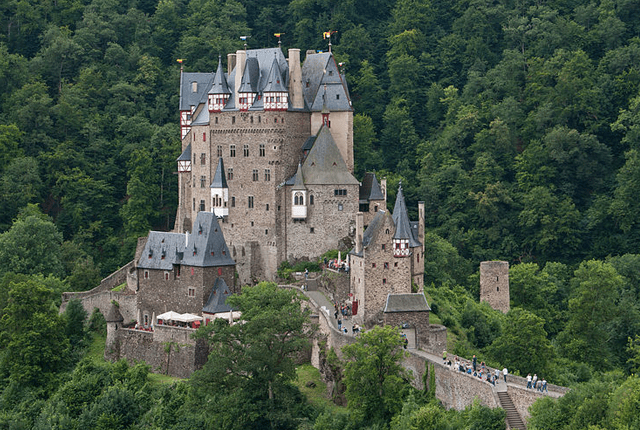 Eltz Castle is near Münstermaifeld, Germany. It is a complex of palaces serving different parts of the original family of the House of Eltz, first mentioned in official records in the year 1157. The manor house of that time, called Platteltz, has been added to over the centuries. The section called Rübenach house was completed in 1472. The Rodendorf house section was built over the next fifty years, and the Kempenich house was completed around 1530. The current owner is Dr. Karl Graf von und zu Eltz, of the 33rd generation of the family to own Burg Eltz. The castle is open to tourists. 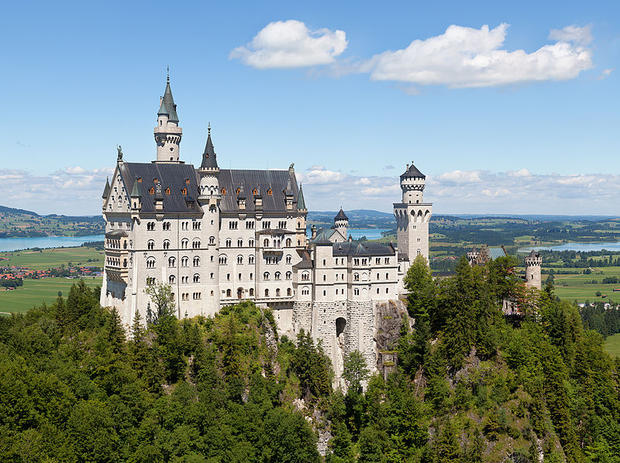 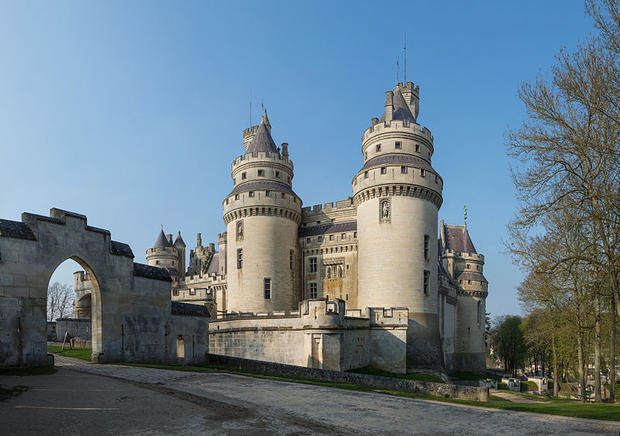 Pierrefonds Castle is a medieval fortress in the French Forest of Compiègne. It was first built in the 12th century and rebuilt by King Charles VI’s brother Louis from 1393 to 1407. Badly damaged by an attack in 1617, it lay in ruin for two centuries. Emperor Napoleon III ordered the restoration of the castle in 1857, which went on until 1885. The restoration project was abandoned due to lack of funds. The castle is now open for tourism. 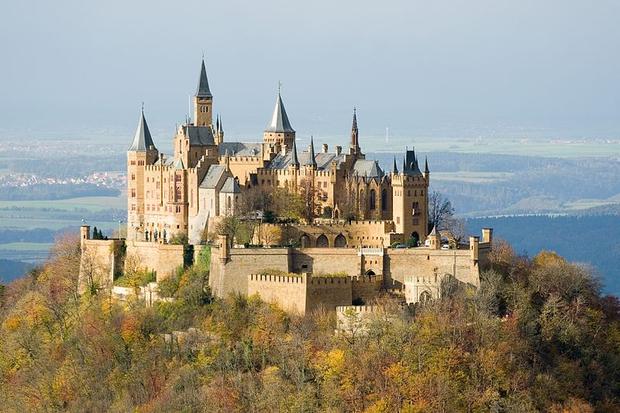 Hohenzollern family of Prussia. The original castle was built prior to 1267, which is the oldest written reference found. It was destroyed in 1423 and rebuilt beginning in 1454, but that version fell into ruin after centuries of neglect. Crown Prince Frederick William of Prussia began a reconstruction in 1850. The castle, stilled owned by the Hohenzollern family, is open for tours. 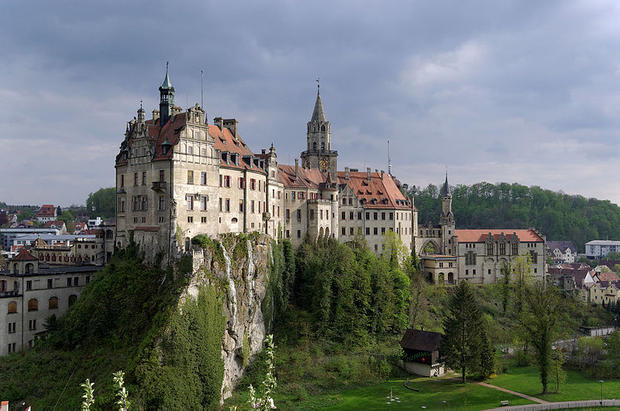 Sigmaringen Castle in the Baden-Württemberg region of Germany, was built for the Sigmaringen family, which eventually became a branch of the Hohenzollern family. The earliest part of the castle was built prior to 1077, the date of its earliest written reference. The castle has been expanded many times since then, but the original edifice exists, buried under additional construction. The castle is owned by Prince Karl Friedrich of Hohenzollern, who lives elsewhere. The castle is open for tours. 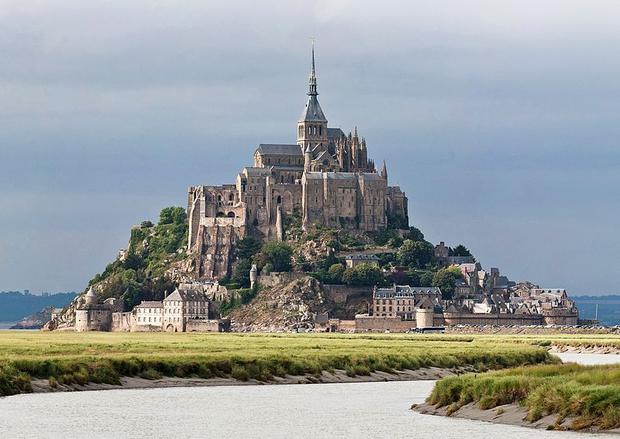 Mont Saint-Michel was built on a tiny tidal island just off the French coast in the 8th century as a monastery. It was greatly expanded in the 11th and 12th centuries, then converted to a prison after the French Revolution. The prison closed in 1963. Mont Saint-Michel has been featured in numerous movies, cartoons, and even video games. Photograph by Flickr userpoluz. 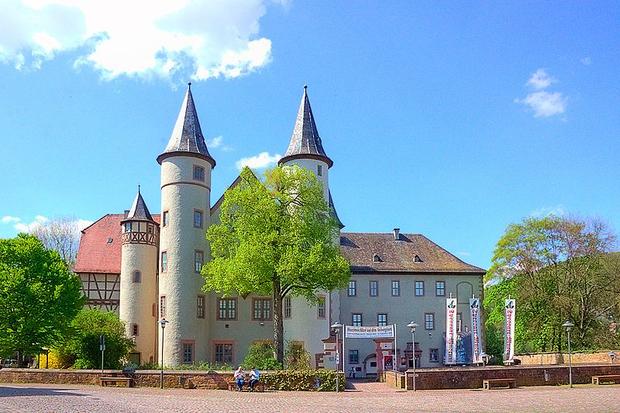 The Lohr Castle is in the town of Lohr a. Main, Germany. Currently it houses the Spessart Museum. This Bavarian castle was the birthplace of Maria Sophia Margaretha Catherina von Erthal, believed to be the inspiration for the Brothers Grimm story Snow White. To this day, the castle has a mirror on display known as the “Talking Mirror.”