Manu Ginobili on Tony Parker: “It’s going to be the first playoff game I play without him. It is a little bit strange, a little sad, too.”

Tony Parker’s injury is absolutely devastating to Spurs in the 2016 -2017 Playoff games. They will be not easy to beat the Rockets without TP, and would need a small miracle to kick off the Warriors just for the right to likely play King James. 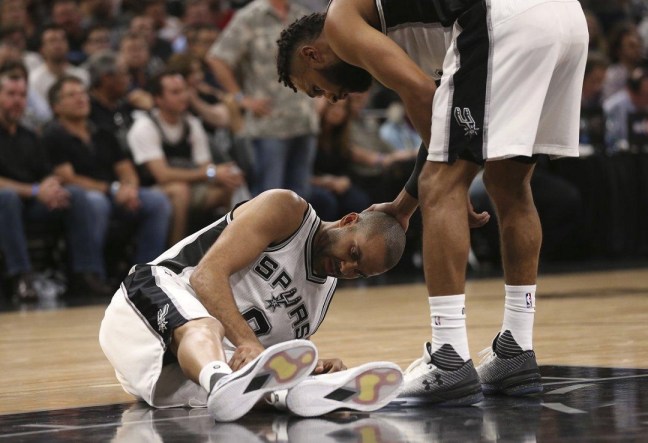 Even with a healthy TP, Spurs were facing an uphill battle. Now with TP out – he suffered a ruptured left quadriceps tendon in G2 on Wednesday and will miss the remainder of the playoffs – there are questions as to how this injury will impact TP careers and perhaps like the Derrick Rose.

TP  had emerged as the Spurs second best player in their first eight playoff games but he is no longer at All Star level. He missed 19 games during the regular season, including a few just for resting purposes. But the reality is the Spurs will eventually have to replace TP just as they replaced TD last summer by signing  CP3.

The timetable for acquiring TP’s successor may have been moved up with Thursday’s unfortunate news about the future Hall of Fame point guard from France. This could create an interesting dilemma for CP3, the All Star point guard from LAC who can become a free agent in July.

The Clippers want to re-sign CP and can offer a max deal of approximately $205 million over fiver years. There are reports that CP has already verbally agreed to an extension, which is not really legal but it is certainly plausible.

The most CP can receive on the open market is four years at $152 million so returning to the LAC makes financial sense for the veteran who will turn 32 on Saturday. But the Spurs – verbal agreements aside – should not be completely counted out as a threat.

The no state income tax in Texas helps to offset some of the money. More importantly, the Spurs provide CP with a legitimate chance to play for a contender and at the very least reach a conference finals, something he is never done before. The LAC once again were without an injured Blake Griffin in the playoff while getting bounces in the first round by a lower seed for the second straight year. The LAC need to find a younger supporting cast to play around CP but salary cap issues make it difficult.

By joining the Spurs, CP gets to plays alongside Kawhi, who next to CP’s good buddy LeBron James, is the best two-way small forward in the NBA. The spurs, unlike the LAC, have a winning tradition and have proven time and again that they have the resources and the know-how to stay competitive even after legends David Robinson and TD retired.

How About Derrick Rose!

An alternative to CP could be Rose, who had a season-ending knee surgery last month. Neither Rose nor Phil Jackson has ruled out the possibility of the former MVP re-signing with the Knicks. Considering his injury history, Rose is just looking for the most lucrative deal he can find. 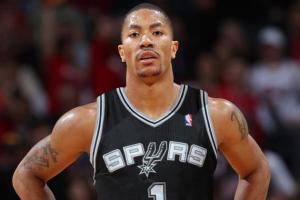 The spurs would not break the bank for Rose but they can provide him wit a stable organization and a strong roster that he does not have in the NYC. They also run an offense -high pick and rolls – that play to Rose’s strengths.

Rose would also have a chance rediscover his 3-point shooting stroke under Spurs assistant Chip Engelland, who is regarded as one of leagues’s top shooting coaches.

“In a solid organization Derrick will blossom, I know that is truce of a lot of players but especially with Derrick Rose.” One league executive said.