Iceland is one of our favorite countries. So many natural wonders here! Only a few top lists do it without Iceland, therefore we created this list made entirely of Icelandic beauties. Have you seen any of them? Aren’t they unbelievable? Visiting the black sand beach in Vik is definitely a must. The sand is crushed lava rock formed when it reaches the frigid ocean.  A beautiful beach to visit, but not where I chose to sun tan.  Half way down the beach is a large vaulted cavern called Hálsanefeshellir (obviously really easy to pronounce).

2 . Take A Tour Of The Crystal Sometimes called Crystal Caves, the ice caves inside Iceland’s glaciers are a truly remarkable wonder of nature. They are hard to get good pictures od, but your eyes will be able to take in an amazing view. On the Saturday of Nov 24, 1973, A United State Navy airplane ran out of fuel and was forced to land on Sólheimasandur’s beach in the south of Iceland. The crew survived the landing and the airplane’s remains are still at the crash site. I am glad i was not on board as flying is already stressful enough!

4. Take A Tour Of Glacier Lagoon 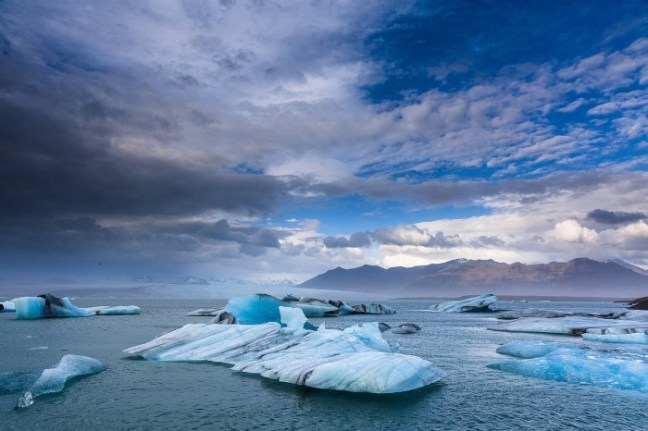 The glaciers in Iceland are UNREAL! Some of the best are only 2 hours past Vik. I could not help but think that one of these guys sunk the titanic.

5. Snorkel In The Mid-Atlantic Ridge At Thingvellir Park you can see the island literally being ripped apart by earth’s crust pulling in opposite directions(explanation below),exposing the Mid-Altantic Ridge. This rare occurrence obviously cause a number of geographic phenomenon, and excites snorkelers with views to the center of the earth. In Thingvellir National Park you can see the Mid-Altantic Ridge that splits Iceland further apart each year. On the driver you can see bubbling hot springs, beautiful lakes, and Iceland’s famous super hairy horse. Every few minutes within the Golden Circle you can see the Strokkhur Geysir spout boiling water up in the air. These powerful earth burps can somethings shoot as high as 100 ft above the ground. Also cool to see are the boiling mud pits, but warning, they are not bubbling chocolate pits. Gullfoss is Iceland’s most famous waterfall. The picture can not show just how big this waterfall really is . The water is glacier runoff, and ultimately flows into ocean.

Iceland has about 130 volcanoes on the island. This is incredible to consider when you realize that Iceland is about the size of Georgia. Fears of a volcano erupting are a real concern there! Blue Lagoon is deservedly Iceland’s most popular tourist attraction. It is basically a football field sized hot tub that is powered by hot water shooting up from the center of the earth. It is an awesome sight and super relaxing in the cold. Dont worry, that hot spring even goes inside so you can get back into the locker room without having to be out in the cold.