This is not mean to discourage tourism in any manner. In fact, the very purpose of this post is to raise awareness of the unbelievably gorgeous place in India that are out of our easy reach.

In spite of being bestowed with immense natural beauty, some places in India can not be visted without having a dagger hanging over your head. The reasons may vary but the restraints are the same and that is what makes them even more intriguing.

So, here is a list of the deadliest places in India that are spellbindingly gorgeous: Aksai Chin is a ceasefire line, one that separates the India-controlled state of J&K from the Chinese-controlled area. It lies further to the east and is known as the Line of Actual Control. It is also referred to as one of the most dangerous places in the world. The infamous Line of Actual Control passes through the famous Pangong Tso Lake of Ladakf. Need I say more about how beautiful this place is ? Due to a recent Maoist attack at Silent Valley National Park in Kerala there has been a considerable decline in the tourist influx. The tropical evergreen forests of the national park is bestowed with unspoilt natural beauty. The unmatched beauty of Chambai has been long reigned by some of India’s most infamous outlaws, who also seemed to have fancied the creativity of Bollywood movie makers since a long time. However, the danger of falling prey to the regional dacoits is still quite possible and hence it is usually avoided by travelers. You may find it hard to believe that a highly promoted wildlife sanctuary is also a place where terrorist activities have taken place but it is true . Back in 2011, 6 WWF officials have been kidnapped by Bodo militants from Manas National Park. Government is still trying hard to keep peace and promote tourism of the wildlife sanctuary which is undoubtedly one of the most beautiful forest reserve in India. Tura is all about vibrant tribes, picturesque landscapes, gushing waterfalls, eerie limestone caves and sadly enough, terrorism. This little town in Meghalaya has been the victim of some of the most notorious terrorist organisations of Northeast since quite some time now making it a dangerous place for travelers. An enchanting town in the heart of NC Hills in Assam, Haflong face major hindrance in its tourism sector by militants of various terrorist organisation.

Home of the Indian Niagara Falls, Chitrakoot, Baster is a district in Chhattisgarh with rampant Naxalite activities. The entire district is laden with places of enchanting natural beauty but unfortunately it is also one of the primary places falling in the red corridor. Some 200 km away from Bhubaneswar in Odisha this splendorous little town is located boasting of charming waterfalls and picturesque landscapes. It is another place that falls in the red corridor of  India affected by Maoists. Unlike the Andamans, the Nicobar Island are untouched and pritine. The forests are lush and the beaches are surreal beyond explanation. However, foreigners would require passes to enter the Islands and no visitor is allowed to enter the tribal belts unless for some special purposes like research. And even for the one will have to go through rigorous formalities. 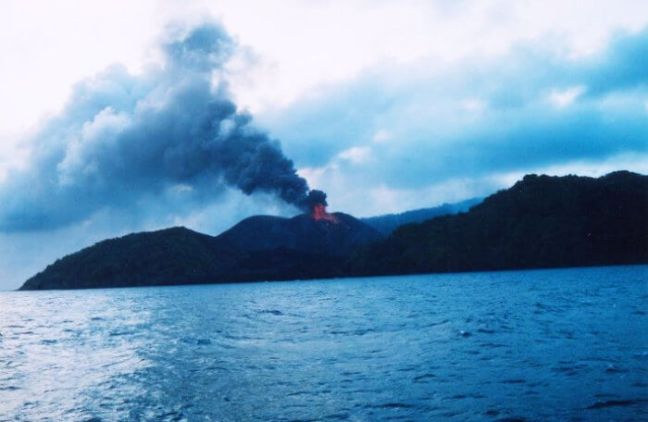 The only active volcano in India is located in the Barren Island of Andaman and Nicobar. You can see red-hot lava and smoke erupting from the mouth of the volcano for a distance inside the safety of a small ship. However, no one is allowed to get any closer to the hill due to safety reasons.

Above places seems dangerous?? What the hell, for the GOD sake, do not kill the beautiful place.