Football always be a funny game with exciting moments that have caught the attentions of the fans watching the game, night out, allow them to remember those moments through the life.

The best moments in a football game are the last minute goals that have just been the best every moment in the history of Soccer. 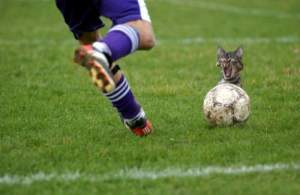 Manchester United was 1-0 down following the free kick of Mario Basler.

Manchester United thought of rescuing the game, they took the possession of the ball since the kick off, and then Sheringham passed the ball to Ole Gunnar who scored the goal at 92:17.

The goal was so surprising to the other team that they could not restart the game.

This game had been considered the greatest final in the history of the FA cup.

Liverpool was 2-0 down in the first half and they leveled the game in the second half. However, Paul Konchesky of West Ham put the team in to leads again.

Steven Gerrard started suffering from cramps with only few minutes. He managed to score the goal from 37 yards and leveled the game again in the 91st minute.

The goal shocked the West Ham players and Liverpool won the game through penalties.

England were 2-1 down after 69 minutes and all was needed was a draw because Germany was even struggling in their game.

However Becham’s goal in the  93rd minute secured the place of England in the world Cup finals.

4,ARSENAL VS LIVERPOOL IN 1989 IN THE PREMIER LEAGUE CHAMPIONS FINALS

The game was in the last minute and Arsenal was leading with 1-0 and after that Michael Thomas got the ball and scored another goal making 2-0 for Arsenal helping them won the league.

5, REAL ZARAGOZA VS ARSENAL IN 1995 IN THE UEFA CUP FINAL

Barcelona had only 10 men in the field and then  Andres Iniesta shot a goal from the edge and equalized Barcelona sending off Chelsea out of the competition.

Liver pool was leading with 2-1 and needed another goal badly.

In the 86th minute of the match, Stevan Gerrard scored another goal in favor of Liverpool helping the team secure the progression in the competition.

8,MACHESTER CITY VS TOTTENHAM IN 2004

Manchester was down 3-0 and seemed to lose the game completely. However, Manchester City managed to get 3-3. The game seemed to go to extra time until in the 90th minute John Macken scored the fourth goal for the Manchester City .

Tottenam was down 4-2 and in the 89th minute Jermaine Jenas scored one goal that created some hope for Tottenham. Then in the last extra four minutes, Aaron Lennon scored one more goal and brought Tottenham back in the game.

Liverpool won the cup in this FA cup final when in the last 5 minutes Michael Owen scored his another goal and secured the cup for his team Liverpool.